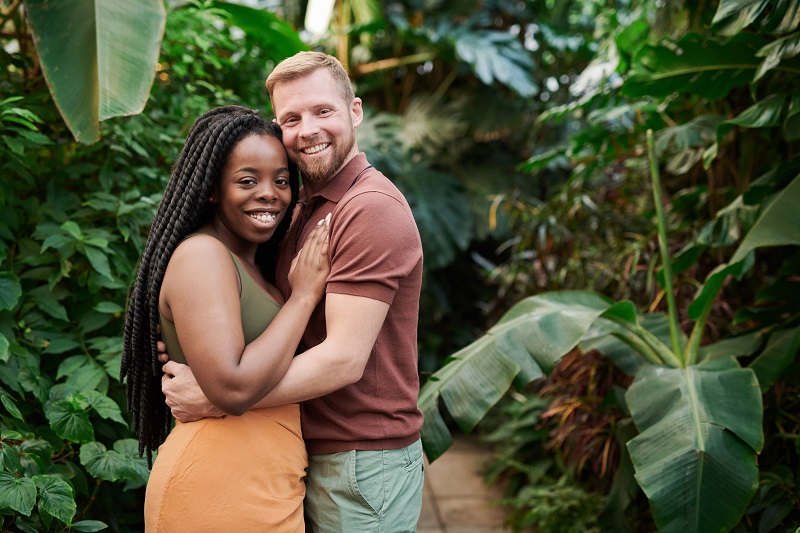 No relationship is perfect, and arguments happen when two people in an interracial relationship have different opinions. There is a healthy way to argue with someone; however, when emotions are high, people can say things they don't mean in the heat of the moment and make mistakes. Below are some of the common errors interracial couples make during an argument.

Focusing less on the solution and more on the complaints, Arguments among interracial couples don't happen unless one has a few grievances or issues they want to straight out. Progress can only be made if complaints are made, solutions are found quickly, and everyone moves on.

The common mistakes couples make are focusing too much on the complaints and less on the solutions, which can cause a strain in a relationship. Mutually pick a solution that suits both parties and move on; dragging the matter will only worsen things.

These two words will only put someone in a defensive mindset meaning that one is less likely to listen to what the other has to say but instead come up with examples to discredit anything and everything they say. Replace those two words with "often," "at times," and "sometimes," and it will leave more room for discussion because it feels less of a personal attack.

Walking away from an argument without reaching a favorable outcome

It would help if you always made sure that there is a positive atmosphere after an argument at all times. End things with a hug or a handshake because it lets the other person know that you care about the relationship, even in times of disagreement.

If you walk away without finding a solution to the problem, you will make your partner angry and come across as if you don't care. If you want to save your relationship, avoid walking away and dragging arguments for days because that is not the hallmark of a healthy mixed relationship.

Just like the words "never" and "always," making "you" statements will put someone on the defensive, too, because they will look at it as a personal attack. By replacing "you" with "I," you can convey your feelings to your partner, and they will be able to empathize with you quickly. When empathy is at the heart of a disagreement, a solution both of you are happy with can be found as no one is shifting the blame on the other person.

Problems With Commonality in Interracial Dating

Many people are surprised when they hear about interracial dating. Even now in our society today, this type of reaction is prevalent. Numerous challenges develop as a result of interracial dating. Family rejection, a need to keep secrets, and isolation from your peers are examples of such concerns.

If you are engaged with someone from a particular ethnicity, you can probably claim that you have encountered one of the responses listed above.

The using both expresses its condemnation of interracial couples. But why is this case? This is down to the lack of understanding.

To begin, examine your family carefully. What biological and human features do they have? After establishing that response, you're quite likely to follow instructions - they anticipate you to.

Families who commemorate the union of interracial couples are quite rare. It may appear to children that their parents approve of friends of all morality and different cultures at times. Except for romantic relationships, which will be a major blow to the youngsters if they find themselves going to fall in love with someone who is of a different race.

Rather than attempting to embrace the prospect of a "multicolored" union, families regard people of different races as frightening and prohibited.

Furthermore, there seem to be cases where multiracial parents forbid their kids from dating interracially. The family is opposed to such a connection because they had difficulty sustaining it. Other parents seek to shield their kids from what society says is abnormal.

Interracial dating is not a bad thing.

People tend to color within the borders to ensure that now the picture looks excellent. On the other hand, some individuals color the picture beyond the lines, and it looks much better! Sadly, most people can still perceive a change when the image is colored otherwise.

A picture can look really good when painted from outside lines, which explains why many artists have broken the rules to create great images. This hypothesis applies to dating. There is no rule violation. Many people aspire to become citizens of the United States because everybody wants to be treated fairly! Can't we at least try interracial dating?

Interracial dating is unique in that you may fancy a girl of such a particular ethnicity but are unsure if she shares your viewpoint. For sophisticated dating strategies, you must delve further.

Interracial dating is not a bad thing. What matters most is if you're able to focus on somebody you care deeply about. Concentrate your efforts on her, and she will most probably reward you.

Read more:  How to Ask Out a Woman from a Different Race?